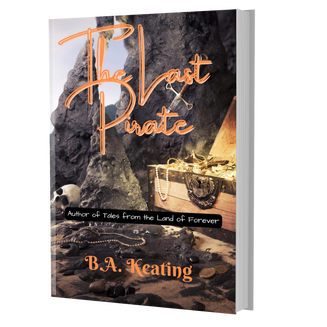 A 350-year-old cursed pirate, a vengeful sea sorceress, a forbidden diamond, and a daring midnight raid.

Our tale begins when eleven-year-old Finn Dooley suddenly finds himself orphaned and is shipped off to Cadgwith Cove in Cornwall to live with his Aunt Beatrix.

Terrified of the ocean and despised by his persnickety aunt, Finn is having a horrible summer, especially when he becomes a target for the local village bullies.

But a chance encounter, one dark and stormy night, with a cursed pirate who has been forced to live in secret for centuries now in the caves of Cadgwith Cove, changes the young boy’s life forever.

With the old pirates help, Finn is finally able to overcome his fear of water and manages to defeat the bullies. But will Finn ever be able to repay Jacob Barlow for his kindness and help free his friend from the terrible curse?
​
When Finn discovers the whereabouts of the stolen sea diamond responsible for the curse haunting Jacob, he begins to plot a risky burglary to steal it back. But will they be able to pull off a daring midnight raid and finally return the diamond to the sea sorceress, thus undoing the foul curse placed upon the last pirate?

Join Finn and Jacob on the summer adventure of a lifetime in this powerful story of loss, bravery, and the ever-lasting bonds of true friendship.
​

The Wood at the Bottom of the Garden Gate 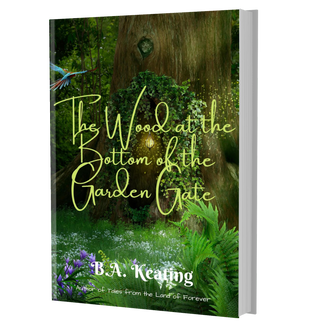 11-year-old Catherine (Cat) Whiteoak thought she was in for the worst summer on record, what with the unpleasant arrival of her father’s horrible new girlfriend, her best (and only) friend going away for the entire school holidays, not to mention finding herself grounded for her troubles.

But when Cat stumbles across a real, live, but badly injured flower fairy in her back yard, it leads to the discovery of an secret, magical Wood located at the bottom of her very own garden gate.

The Guardian of the Wood, Serrabella Moon, grateful to Cat for her kindness towards the fairy, grants her unprecedented access to the enchanted Wood, where she spends a magical summer swimming with water sprites, reading with bookworms, and picnicking with pixies.  Although, sadly, not all the Wood’s magical residents are quite so keen on this human intruder invading their home, and they plan to put an immediate stop to it; there are secrets that must be protected at all costs.

But when the ancient Wood’s existence is threatened by the human world with extinction, will Cat be able to save her new friends and their home from being wiped out forever?
​
A magical, must-read adventure filled with hidden dangers, unexpected friendships, and a cast of lovable, unforgettable characters you will want to make lifelong friends with.

Tales from the Land of Forever 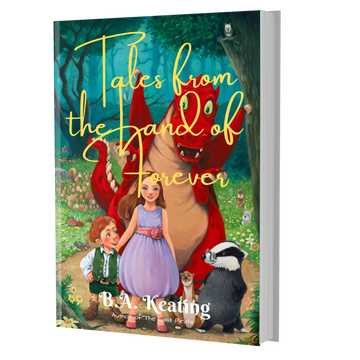 Have you ever just wanted to disappear and escape from all your troubles and woes?

10 year-old Sarah George certainly did after the death of her father.  But to make matters worse (if that was at all possible), her shattered family are forced to move to the middle of nowhere with her revolting Aunt Maude .

But when Sarah accidentally stumbles across an ancient book hidden in the Manor library and is magically transported to an enchanted land, she soon begins to regret that wish when she finds herself stuck in the In-Between.

In her quest to find a way to return home again Sarah enlists the help of a rag-tag, but fiercely loyal, group of friends she is fortunate enough to meet during her time in the fantastical Land of Forever: a wise old badger; a feisty red-headed leprechaun; a mean-spirited curmudgeon of a weasel; and a mighty but sweet natured fire dragon.

Together, they must battle the dark and sinister forces of the Silent Forest, just waiting to snatch them into its horrifying bowels, on their epic journey to locate the Bookkeeper.

But will the Bookkeeper be able to help the weary travelers? Or must they continue to the Middle Lands and the Tournament of the Four Kingdoms, where the most powerful sorcerer in the land holds Sarah's fate entirely in his hands.

​A thrilling, page-turning adventure that will be sure to delight young readers for years to come. 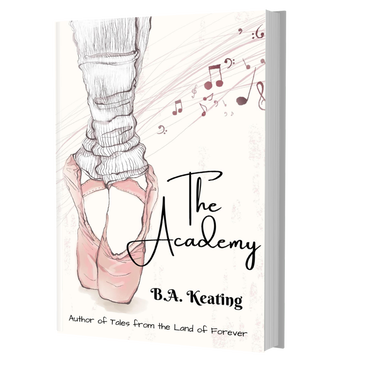 Being accepted into the English Ballet Theater’s Academy of Dance was 11 year-old Molly Plum’s dream.  But will that dream turn into a nightmare that threatens to ruin her chances of ever becoming a ballerina?

Enter the hallowed halls of the Academy:  A prestigious ballet school steeped in history and tradition, and peek behind the stage door into a world filled with pointe shoes, friendships, tutus, and rivalries.

When Molly arrives for her first term at the English Ballet Theater's Junior School (with a little help from her ballet teacher and a full scholarship), she is so excited to begin her training she could almost burst.

But that excitement soon disappears when the hard work really begins, in both the ballet studio and the academic classrooms of the Academy.  The competition is fierce, and Molly rapidly begins to feel like a very puny fish in an enormously talented pond.  Especially when she is picked on and bullied by one of the most promising students at the school.

Ignoring the cruel taunts from Pandora Pemberton and her gaggle of mean friends, Molly concentrated on practicing for the upcoming auditions to secure a part in Ballet Theater's production of The Nutcracker.  But will all of that hard work pay off?  Or will Molly be left alone in the wings?
​
A rich, enchanting story reminiscent of Noel Streatfield’s ‘Ballet Shoes’ and one that young readers and dance enthusiasts will enjoy for many years to come.